AHOSKIE – Hertford County broke open a close game in the third quarter here Tuesday night and coasted to a 19 point win, their second of the young basketball season, 75-56, over Gates County.

One game after scoring his career varsity high of 22 points in a six-point loss to Camden County, freshman Keondre Rodgers again led the Bears in scoring with 16 points as three more of his teammates also scored in double-digits. Cassius Gary led Gates County with 15.

“We had a great effort in the second half,” said Bears coach Charles Simmons.

Avery Hoggard, who had 11 points in Saturday’s loss, scored the first basket to get the Bears on the scoreboard, part of a 6-to-2 opener for Hertford County. But back roared Gates with a 7-to-3 run of their own to knot the game at 9-9 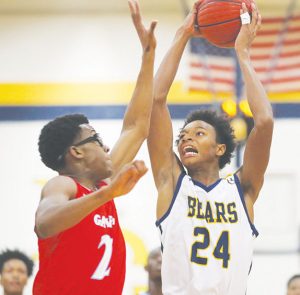 Determination shows on the face of Hertford County’s Avery Hoggard (#24) as he goes for a lay-up over Gates County’s Izaiah Walton in Tuesday’s game. The Bears topped the Red Barons 75-56. | William Anthony Photography

before they later grabbed a 12-11 lead on an inside bucket by Gary. The teams mostly swapped scoring the rest of the first quarter, leaving Hertford County in a six-point hole, 21-15, Gates County.

The Red Barons upped that total to an eight-point lead, 25-17, early in the second quarter before Simmons called a time-out to settle his team. The Bears responded with a 9-0 run and re-took the lead on a Rodgers free throw, 26-25. From there the lead see-sawed until Daylan Askew’s three-pointer staked the Bears to a 35-32 lead. Gary scored once more for the ‘Barons, but Rodgers and Michale Cooper scored the final two baskets for Hertford County, who carried a four-point lead, 38-34, into the locker room at halftime.

Neither team was able to establish a run in the early minutes of the second half, allowing each squad to keep hanging close enough to grab a lead, though the Bears remained in front. Every time the Bears looked to put Gates away, either Gary or Izaiah Walton kept the ‘Barons on the threshold. Finally, Hertford County got a late spurt going to end the quarter; and when Karon Nowell buried a triple – his only three points of the game – the Bears had breathing room and an eight-point lead, 58-50.

A 7-0 Bear run to open the fourth quarter exposed Gates County’s fatigue and staked Hertford County to a 15-point lead, 65-50. Hertford County closed it out by scoring 10 of the last 16 points of the game, good enough for the 19-point victory.

“We did a good job running our offense down the stretch,” added Simmons. “I was very pleased with this win.”

The Bears (2-1) took to the road to face Winterville South Central in a late Friday night (last night) contest. They then play Rocky Mount High next Thursday. 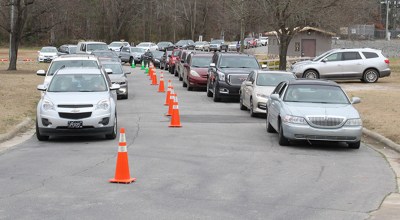 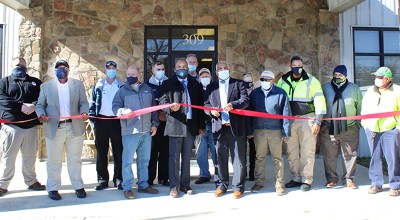