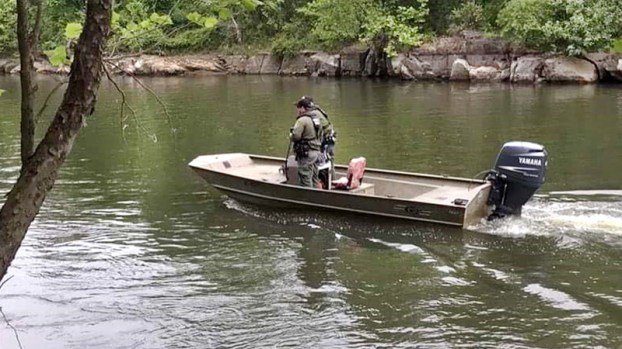 Multiple agencies have been on the Roanoke River near Gaston since Sunday, searching for a fisherman missing since Sunday. Contributed Photo

GASTON – The body of a fisherman who fell into the Roanoke River on Sunday was recovered late Thursday morning.

Northampton County Sheriff Jack Smith made the grim announcement, saying that search teams on the water found 39-year-old Juan Alberto Saravia Parada. He reportedly fell into the river by accident while attempting to retrieve a fish from the water.

A family member fishing with Parada made the report.

“My condolences and prayers go out to this young man and his family,” Sheriff Smith said in a statement.

“I strongly encourage anyone that is fishing or near the water to please wear safety equipment, to include life jackets, as this can aid in your survival in case you fall in the water,” Smith added.

The Sheriff said his deputies responded at approximately 8:48 pm on Sunday to a location on the Roanoke River between Gaston and Roanoke Rapids in reference to a male subject that had fallen in the river.