The home-standing Redbirds never trailed, jumping out to a 4-0 lead in their first at-bat.

There, Trent Hobbs and Kevin Noon each smacked RBI singles while Chase Edwards drove home a pair of runs with his single.

Bear Grass got on the scoreboard with two runs in the top of the third inning.

RC Twin Rivers countered that with one run in their at-bat in the bottom of the third where Noah Harris drew a bases-loaded walk, staking the Redbirds to a 5-2 lead.

Both teams produced solo runs in the fifth frame. Edwards accounted for the Redbirds marker with his RBI single.

RC Twin Rivers added two more runs in the bottom of the sixth inning thanks to an RBI single off the bat of Alden Lassiter and Bryce Stevens stealing home as the Redbirds padded their lead to 8-3.

Bear Grass scored twice in the top of the seventh inning to account for the 8-5 finale.

Stevens, Dylan Duke and Parker Bradley worked the mound for the Redbirds, combining to allow only five hits. Duke was credited with the pitching win while Bradley earned the save.

RC Twin Rivers banged out 12 hits in the game, led by Stevens, Lassiter, Noon, Edwards, and Logan Earley with two hits each.

The Redbirds improved to 3-6 with the win.

The team’s schedule for this week is: 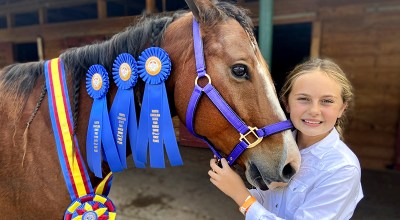