AHOSKIE – RC Twin Rivers put their rally caps on here Thursday night, bouncing back from a 5-4 deficit by scoring three runs in the bottom of the fifth inning to defeat Bear Grass, 9-5, in an Independent Summer League game.

The Redbirds used the win to improve their record to 6-10. They will be back in action at home on Sunday, hosting Cary in a 2 p.m. game at the Hertford County High School baseball field. 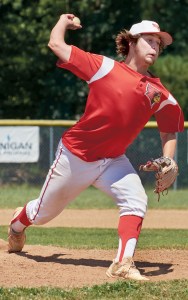 After Bear Grass took a 5-4 lead by scoring two runs in the top of the fifth, RC Twin Rivers staged what later proved to be their game-winning rally in the bottom half of the same inning. There, Noah Harris raced home on a wild pitch; Parker Bradley plated a run thanks to his RBI sacrifice fly, and Logan Earley added a run-scoring single.

The Redbirds tacked on a pair of insurance runs in the bottom of the sixth inning where Trent Hobbs laced a two-RBI single to centerfield.

Bear Grass jumped out to an early 3-0 lead thanks to a pair of runs in the top of the first inning followed by a solo marker in the third frame.

The Redbirds got right back in the game on one swing of Tyrek Beverly’s bat as he crushed a pitch over the leftfield fence for a grand slam homer and a 4-3 lead in the bottom of the third.

Bradley (3 innings) and Alden Lassiter (4 innings) worked the mound for the Redbirds. Lassiter was credited with the pitching win. 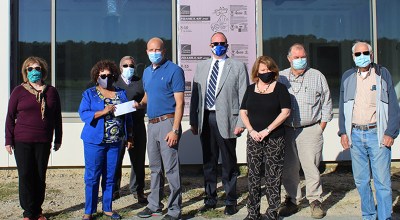