WINTON – Two suspects have been arrested in connection with the fatal drive-by shooting of a Winton woman last year. 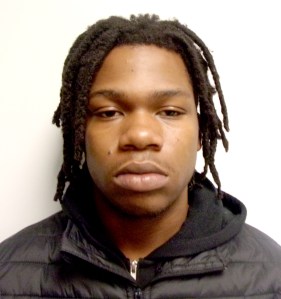 They stand accused of fatally shooting 30-year-old Canika “Nik” Macole Vann in the early morning hours of Sept. 16, 2020 while she slept inside the East Wynn Street home of her mother. Iris Vann, the mother, was not injured.

In the days after the shooting, Hayes told this newspaper that neither of the women were the targets of the drive-by shooters.

Dudley was taken into custody, without incident, on Feb. 3 by the Isle of Wight County’s (Virginia) Sheriff’s Office. Hayes said Dudley was currently awaiting extradition back to Hertford County.

Hayes said that handgun was seized and is currently undergoing ballistic testing to see if it is the murder weapon.

Major is being held in the Hertford County Jail without the benefit of bond. He is expected to make his first court appearance later this week.

In addition to the first degree murder charge, Major also stands charged with shooting into an occupied dwelling and assault with a deadly weapon with intent to kill. 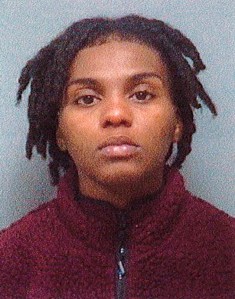 “First to Canika’s family, I want you to know that my office worked extremely hard on this case,” Sheriff Hayes stated in a press release. “My team of Investigators never stopped and we wanted to ensure that we brought some peace to you by bringing those responsible to justice for the death of your love one.

“Canika was a mother, daughter, aunt, and friend to many. I pray that justice will be served and that you, the family, can start the healing process,” Hayes added.

Department, and the Isle of Wight County Sheriff’s Office.”

There was no information made available regarding why the Vann home was targeted by the drive-by shooters or who they were possibly seeking to kill or harm. However, it is known that Sept. 16, 2020 wasn’t the first time that residence had been struck by gunfire.

“It had been shot at before on different occasions,” Sheriff Hayes told this newspaper in the days following the fatal incident.