No new COVID deaths reported this week in RC…

ISLE OF WIGHT, VA – A local man entered guilty pleas here Wednesday on several charges stemming from a 2019 abduction and robbery case and was sentenced to 13 years in prison.

Deon Marcel Gatling, 31, of Murfreesboro stood charged with abduction, robbery, possession of a firearm by a convicted felon, credit card theft and fraud, and use of a firearm in commission of a felony. Those crimes were committed on June 30, 2019 in the Carrsville area of Isle of Wight County where an elderly man was abducted and robbed at gunpoint. 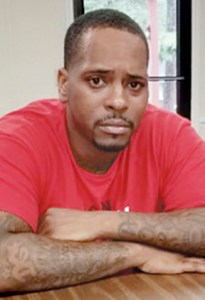 Shortly after 9:30 p.m. on that date, according to Isle of Wight County Sheriff’s Office spokesman Capt. Tommy Potter, the victim was confronted while at his residence after returning from shopping in nearby Franklin, VA. The victim was then was forced to turn over his wallet and credit cards before being ordered to get back into his own vehicle.

After driving for a couple of blocks, the vehicle came to a stop and the victim was ordered to get into the trunk of a Dodge passenger car.

The criminal complaint showed that Gatling then drove to Murfreesboro where he stopped at an ATM and withdrew $300 of the victim’s cash.

The criminal complaint also revealed a second attempt to withdraw cash from the victim’s account by using an ATM in Chesapeake, VA. It was there that the victim was released and walked to a nearby business where the police were summoned.

Less than one month later (July 24, 2019), Gatling was arrested by the Bertie County Sheriff’s Office while he was making a scheduled court appearance there on a first degree burglary charge in that county. Bertie deputies served the Isle of Wight arrest warrants on Gatling and took him to the Bertie-Martin Regional Jail from where he was eventually extradited to Virginia.

Gatling was later charged with two additional crimes in the Virginia case: damaging a phone line to prevent a 9-1-1 call and Conspire/Bribe a witness. That latter crime was committed on Dec. 10, 2020 and Gatling was arrested on that charge on Feb. 2.

During the Feb. 17 session of Isle of Wight County Criminal Circuit Court, Gatling pled guilty to all the charges against him. He was sentenced to a total of 69 years, with all but 13 of those years suspended.

Court records show that Gatling will be placed under “indefinite supervision” upon his release from prison.

The breakdown of the judge’s sentencing is as follows:

Use of a firearm in a felony: 3 years active;

Conspire/Bribe a witness: 3 years, with 2 years and 6 months suspended;

Illegally obtain a credit card: 10 years, with all suspended; and

Petit larceny: 12 months, with all suspended.