Thoughts on the pandemic after one year

RODUCO – A domestic situation that took a turn for the worse landed a local man behind bars under a half-million-dollar bond on several felony charges. 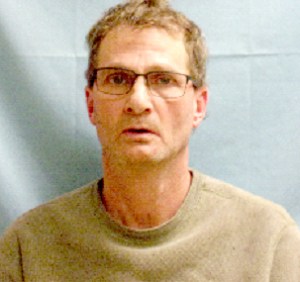 According to Campbell, the incident took place on Feb. 22 where Gates County deputies were summoned to Rooks Road for a domestic situation.

“Upon the arrival of our deputies, they found a female lying in the roadway who had been severely beaten,” Campbell said.

For that crime, Eure was charged with three felonies: assault with a deadly weapon with intent to kill / inflicting serious injury, possession of a firearm by a convicted felon, and assault causing serious bodily injury.

Campbell said the possession of a firearm by a convicted felon charge has been turned over to federal officials.

As the deputies were interviewing the victim they were informed that Eure repeatedly made threats against Campbell’s life.

That led to charges of communicating threats on a public official and a total secured bond of $500,000.

Eure was also charged with violating his probation. According to North Carolina Department of Public Safety records, Eure spent four months in jail last year for possession of an illegal narcotic. He was released with nine months probation, which was scheduled to end on March 14, 2021.