Williams was the choice among the college’s Board of Trustees after they hosted a public forum late last month among the two finalists for the job. However, the name of the favored candidate was kept under wraps until the North Carolina Board of Community Colleges met this month.

“The state board met on March 19 and approved our recommendation of Dr. Williams,” said Jeri Pierce, chair of the RCCC Board of Trustees. 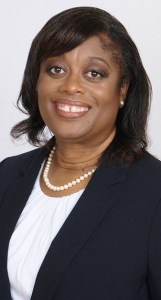 Pierce added that Dr. Williams is expected to arrive on the RCCC campus in early May.

“We look forward to having Dr. Williams as our president,” Pierce said. “We were very impressed with Dr. Williams throughout the interview process. She was very passionate with about her possible leadership role here and about her vision to move our college forward. We as a board felt that she was the best option.”

The other finalist for the position was Dr. Dreand Johnson.

“We do appreciate what Dr. Johnson and the other applicants brought to the table. We were very pleased with the overall number of quality candidates that submitted an application and went through the interview process.”

At the outset of the presidential search process, Pierce said RCCC received 55 applications. The RCCC Trustees eventually narrowed the number of applicants to 12; then to four, and finally to Dr. Williams and Dr. Johnson.