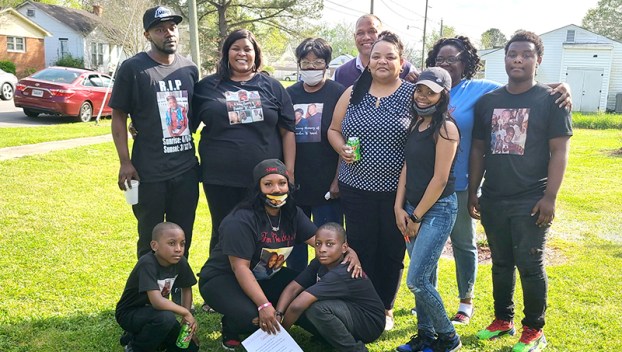 AHOSKIE – The COVID-19 pandemic served as a barrier in March of last year, preventing many wanting to say goodbye to a close friend and loved one who died that month from cancer.

Thirteen months later, they did come together to honor the life of the late Brandon Deron Ward and to share information about the type of cancer that claimed his life in an effort to protect the lives of others. 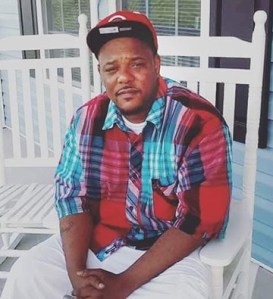 According to his sister, Natasha Stephenson, the scary part about his diagnosis is that he wouldn’t have known about this deadly disease had he not had a wisdom tooth extracted.

“Brandon had a tooth removed in January of 2017,” Stephenson recalled. “Unfortunately his mouth wasn’t healing as it should’ve. The dentist scheduled for him to receive a biopsy to spot where his tooth was extracted. Then approximately a week or two later we found out the worst news a family wanted to hear. He had been diagnosed with stage 4 squamous cell carcinoma, also known as head and neck cancer.”

Stephenson said according to her brother’s doctors, he had the cancer for years and he didn’t even know it.

“He didn’t feel sickly or even look sickly,” she noted. “I do believe that’s the scariest part, to actually be walking around with cancer and not know it. It just snuck up on him.

“Head and neck cancer isn’t like other cancers, in which you may find a lump or a bump,” she added. “The most definitive way you can find out if you have this disease is if you have a biopsy.”

Worldwide over 550,000 new cases of head and neck cancer are diagnosed each year. Sixty-six percent of the time this type of cancer isn’t discovered until it’s in one of its final three stages. If you smoke or drink your are more prone to contracting the disease.

“Within the first year of his diagnosis, Brandon’s doctors stated that he probably wouldn’t see the end of the year,” Stephenson stated. “But with God, his family and friends behind him, and Brandon’s will not to give up, he won his first battle. But the war was still not over. After about three years, Brandon will to live was slowly fading, and the cancer began to take a toll on him.”

Brandon Deron Ward’s family and friends came together on Saturday, April 10, at the home of his mother, Brenda Ward.

“I wanted to do a balloon release to commemorate his life and his battle; and because so many of his friends and family couldn’t attend his funeral last year in March because of the governor’s executive order,” said Stephenson.

“We came together not only to celebrate his life – Brandon would have turned 36 on April 8 – but also to raise an awareness concerning head and neck cancer,” Stephenson continued. “We, his family, wanted to educate not only his friends but our family about the deadly disease that cost my brother his life. We gave handouts to everyone who were in attendance to help them to understand how to take preventive measures to better understand Brandon’s battle.”

“The love that Brandon had for his family and friends continues to live and shine through us,” Stephenson concluded.