AHOSKIE – The future of a helipad proposed to be built here at Vidant Roanoke-Chowan Hospital (VRCH) is now in the hands of professionals.

Town of Ahoskie officials met Tuesday afternoon with representatives from Vidant, to include their team of design and construction engineers. Meanwhile, the town has contracted with an aviation engineer to offer professional advice on a newly enacted town ordinance dealing primarily with helipads as well as reviewing the application made by the hospital in regards to its location, design, and construction plans for the pad.

The purpose of relocating the medical helicopter landing zone from its current location on the front lawn of Hertford County High School to VRCH property is to speed up the process of transporting critical care patients via EastCare Air to Vidant Medical Center in Greenville.

A debate, to include a public hearing held in March by the Ahoskie Town Council, has ensued for several months over the exact location of the helipad. Vidant officials say their top choice is a parking lot, currently used by VRCH physicians, located across West Memorial Drive from the employees’ entrance to the hospital. Another location mentioned is the current valet parking lot located off the main visitors parking area at the hospital’s front entrance.

Todd Tripp, a civil design engineer with The East Group, presented Vidant’s plans for the proposed helipad. He said an engineer with TruHorizon performed a sound study at and near the proposed landing zone and found the noise level at the nearest structure to be “less than a siren at ground level, which is within the range of street traffic noise.”

FEC Heliports, a firm specializing in the design of such facilities, issued a report based on the specifications of the helipad under consideration at VRCH. Based on that report, Tripp said Vidant’s application is viable for use as an emergency services helipad when designed in accordance with the FAA (Federal Aviation Administration) Advisory Circular guidelines.

Included in those guidelines is a 45’ by 45’ landing/takeoff pad, a 73-foot wide final approach and takeoff area (FATO), a minimum area of 97 feet in width deemed as a safety area (free of obstructions with all shrubbery, mulch and vegetation removed or adjusted), and a Helipad Protection Zone (HPZ, which lies under the helicopter’s approach/departure path) that extends 280 feet beyond the 73-foot FATO area.

Tripp noted the site plan shows that Vidant owns the first 180 feet of the HPZ with the remainder lying mostly along the right-of-way of Academy Street. He said no homes are within the HPZ. The closest one, he said, is 280 feet from the edge of the HPZ.

“The site plan meets the [Ahoskie] ordinance [requirements] for setbacks to the nearest residential property lines; it meets the buffer requirements, and it provides a direct pathway to the ER [VRCH Emergency Room],” he maintained.

Ahoskie Planning Board member Meryl Brown asked if any consideration had been given to the intersection of Academy Street and Memorial Drive being one of the busiest in the area.

“There will be people driving while looking at the helicopter,” said Brown. “I have a big issue with that. It’s only a matter of time before there’s an accident and there’s another patient in the ER. The other site we were talking about is away from that intersection, but still on the hospital campus.”

Later in the meeting it was noted there were 380 medical helicopter landings at the high school in 2020.

Brown also voiced her concern over why the valet parking lot was not a viable choice.

Tripp said that option #2 was studied, but presented many drawbacks, to include a longer travel path from the ER.

“That pathway takes you through the main lobby of the hospital,” he noted. “You’ll have these critically ill patients coming through the main entrance. That’s a negative for the patient and the public.”

Todd added that constructing the helipad at site #2 would cause the helicopter to fly over more homes.

A question was posed about the hospital devising a plan that would prevent the main lobby scenario, but was told that was not an option due to a significant amount of remodeling and new construction.

VRCH President Judy Bruno stated the primary goal is to expedite care at the highest level…. “to load our patients in the quickest and least troubled way.”

“This is a huge accomplishment to have a helipad onsite vs. the current 40 minutes or more wait time that we have now,” stated Ahoskie Town Councilman Matt Bradley. “At the same time this Council has to be a voice of those citizens sitting here tonight. We all want the helipad, but we have to do this in the best interest of the citizens living in that area.”

Bradley encouraged Vidant-RCH officials to be a bit more “open-minded and look at option #2 a little bit more.”

Councilwoman Jamie Burns questioned how traffic on West Memorial Drive would be safely stopped while hospital staff moved a critical care patient to the helicopter. Town Manager Kerry McDuffie asked if the Vidant Police would be in charge of halting traffic on that portion of Memorial Drive.

“[Street closure] would be something that needs to be talked about, certainly at the time when the patient is being transported,” Tripp answered. “But just because the helicopter is there doesn’t mean Memorial Drive needs to be closed the entire time.”

Bradley noted that Vidant Police do not have jurisdiction to close down a town-owned street.

Tripp said a possible solution is to install manually operated electric gates to close that section of the street while the patient is being wheeled across.

Brown asked if a study had been performed regarding property values and quality of life of the neighboring landowners who may be impacted by the placement of the helipad.

“We, as the Planning Board, have heard concerns from several citizens who live in that area,” Brown stated. “I’m a real estate agent; I believe it will have an impact.”

After the question and answer period ended, Bruno stressed that time is of the essence in this project.

“Every day of delay adds at least one more day without a hospital helipad,” Bruno stated. “We request you [Town Council] should declare your support for the helipad and direct your staff to immediately process the application and issue the zoning permit for it. If this direction is not given within a couple of weeks, Vidant will request the return of its application fee and withdraw its application as it will be clear that the town council does not support the hospital having its helipad. I would like for ya’ll to know that Vidant does respect your decision.”

“Seems like you’re saying that the town of Ahoskie does not want a helipad to make it better for all citizens,” Ruffin Barnes remarked. “I don’t think that’s the case. I think they want it to be safe for everyone, to include the concerns people have about property values and being awakened at night [by helicopter noise].

“[Your] statement makes me pause,” Ruffin Barnes continued. “It’s kind’a like this is pre-determined, saying that if we [the town] doesn’t want it then you [Vidant] will take your ball and go home.”

In response, Bruno stated that VRCH is working in good faith with town staff on the zoning ordinance amendment.

“We do take this serious and we do recognize the importance of the health and safety of all of our town’s citizens,” said Mayor Weyling White.

The Town of Ahoskie has contracted with Jay Talbert, an aviation engineer from Wilmington. How long it will take him to perform an evaluation is unknown, as is Vidant’s timetable for construction of the helipad if its application to the town is ultimately approved.

Bruno did appear to back off her “couple of weeks” statement.

“Town Council gets to decide what happens in your community,” she noted. “What I don’t want is for anyone to feel like Vidant is trying to force the helipad on the town. We are open to a collaborative effort with the town.”

“We are all for this helipad, but we have only one time to get it right. We’re in this together,” closed Bradley. 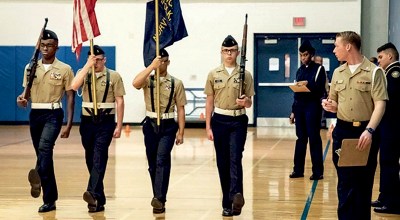